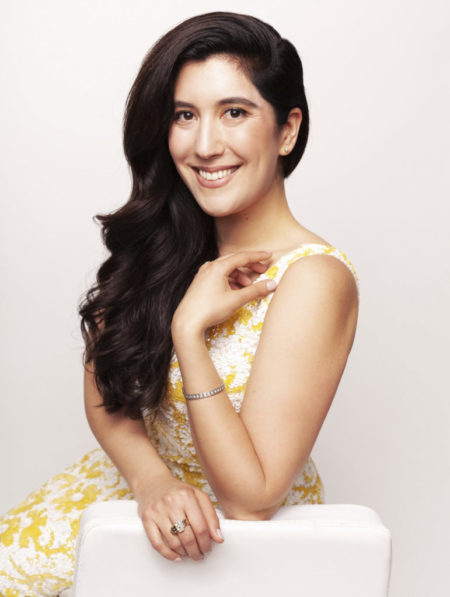 American soprano Sara Duchovnay has been hailed by The San Francisco Examiner as “clarion voiced” and OperaWire described her as “dynamic and expressive”, further adding that she “sang with warmth and luster” and “moved with elan, thus matching her vocal vibrancy”.  Of her 2019 role debut as Nedda in Pagliacci with Opera Roanoke, the Roanoke Times praised her “nuanced portrait of an unhappy woman” and “her high notes [which] rang out with ease at the swelling climaxes in both her first act aria and in her love duet with Silvio.”  In recent seasons, Sara has appeared as Lauretta in Gianni Schicchi with Opera Delaware and Die erste Dienerin in Die ägyptische Helena with Odyssey Opera, and as the soprano soloist in Beethoven’s Missa Solemnis with the Madison Symphony Orchestra under the baton of John DeMain.

During the 2022/2023 season, Sara will join the Grand Teton Music Festival, covering the role of Cio-Cio San and singing the role of Kate Pinkerton in Madama Butterfly under the baton of Sir Donald Runnicles. She will also serve as Artist in Residence for the Görlitz/Zgorzelec Jewish Remembrance Week. As the granddaughter of Holocaust survivors, Sara is honored to add her voice and her soul to this very special project.

A sought-after interpreter of contemporary opera, Sara originated the role of Dorothea in Allen Shearer and Claudia Stevens’ opera Middlemarch in Spring with Composers Inc., and also reprised the role of Dorothea with Charlottesville Opera. Shearer and Stevens once again called upon Sara to originate the role of Helen in the world premiere of their opera, Howard’s End, America in 2019 with Earplay Ensemble. Sara has also performed the roles of Soprano 1 in Philip Glass and Allen Ginsberg’s Hydrogen Jukebox with West Edge Opera, Lauretta in Michael Ching’s Buoso’s Ghost with Opera Delaware and Baltimore Concert Opera, and Della in David Conte’s Gift of the Magi with Hidden Valley Opera Ensemble.

Sara resides in Berlin, Germany. She is a student of Adina Nitescu and holds a Bachelor of Music from The Hartt School of Music and a Master of Music from the San Francisco Conservatory of Music.

pura musica is dedicated to promoting female musicians. We are pleased to represent Sara Duchovnay in Germany, Austria and Switzerland. Please get in touch with us for booking inquiries and further information.