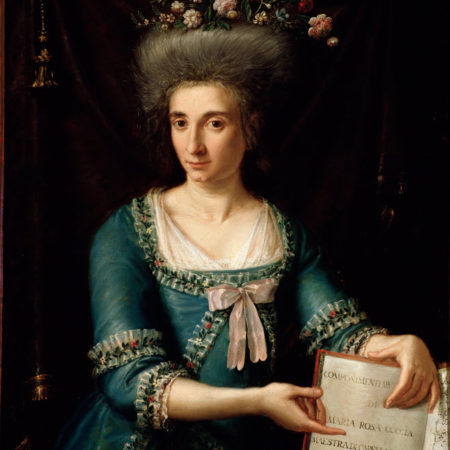 Talent needs proper incubation to grow. Until well into the 20th century, female composers were simply not given the social support they needed to flourish. Yet there is an astounding number of compositions written by women from the classical and romantic periods.

The Viennese composer Marianna Martinez for example was a student of Joseph Haydn. Mozart wrote some of his 4 handed piano pieces to perform with her.

French composer Louise Farrenc studied with Anton Reicha, whose music, with all due respect, is by no means more inspiring than the music of his female student.

Camille Saint-Saens wrote about composer Aguste Holmès: “Like children, women have no idea of obstacles, and their willpower breaks all barriers”. Breaking barriers for Holmès meant, much like Fanny Mendelssohn and Clara Schumann, having to publish her earlier works under a male pseudonym.

The compositions of the female contemporaries of Mozart, Beethoven, and Schumann continue to be grossly neglected and appear far too rarely on concert programs.

With her project “Beethoven’s Sisters,” Talia Ilan brings the compositions of these incredible women back to life so that they can finally receive the recognition they deserve.

The following works can be used both for a concert program consisting entirely of works by women composers and for a program in which these works are juxtaposed with compositions by their male contemporaries.