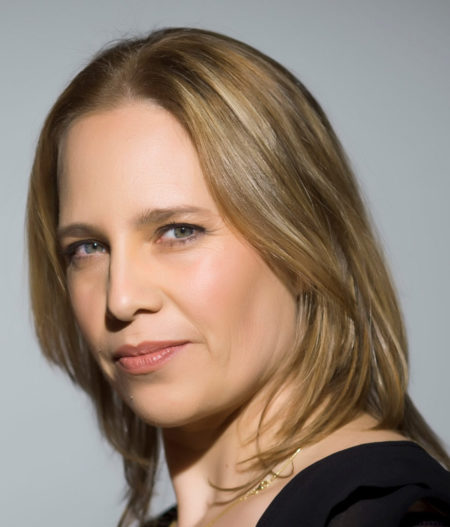 Born in Tel Aviv, Talia Ilan first studied piano and clarinet at the Thelma Yellin High School of the Arts before completing her conducting studies (B.Mus., M.Mus., and Artists Diploma) at the Jerusalem Rubin Academy in the class of Prof. Mendi Rodan. Her mentors include Daniel Barenboim, whom she assisted at the East West Divan Orchestra in 1999, and Michael Tilson Thomas.

Highlights of Talia Ilan’s musical activities include the position as Chief Conductor of the Israel Stage Orchestra (2006-2019) and her innovative work as permanent conductor and clarinetist with the contemporary music group “Reflex ensemble” (New York/Tel Aviv). Talia Ilan is, together with pianist Nadia Weintraub, the founder and conductor of the “Classical Women” concerts, an orchestra composed of, among others, key members of the Israel Philharmonic Orchestra.

A dedicated educator, Talia Ilan taught orchestral conducting at the Jerusalem Rubin Academy, among others, and is a sought-after adjudicator at music and composition competitions. She is a fierce advocate for innovative programs in music education at large and leads several research projects on the history of women conductors and composers.  As radio editor of Israel’s public classical music station, Talia regularly includes women composers in her classical radio broadcasts. With her social media hashtag #oneconductoraday, she has succeeded in drawing international attention to women conductors beyond the world of classical music.

Talia Ilan has an extensive repertoire and conducts a wide range of symphonic repertoire with a focus on classical and romantic to 21st century music.

pura musica is dedicated to promoting female conductors. We are pleased to represent Talia Ilan worldwide, with the exception of Israel and China. Please get in touch with us for booking inquiries and further information.